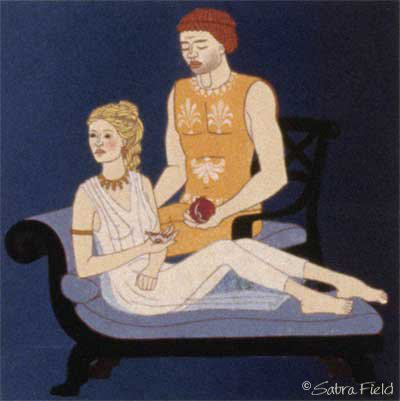 While in he Underworld, Hades plied the lovely Persephone with golden jewelry, lovely clothing and handsome furnishings but she refused to eat until Hades offered the pomegranate. Meanwhile, Demeter discovered her daughter’s whereabouts. She went to Zeus and begged that her daughter be released from the Underworld. Zeus granted her plea, provided Persephone had eaten nothing while she was in Hades.